Huang Rui was born in 1952 in Beijing, and is a well known Chinese avant-garde artist and a founding member of the “Star Movement”. This group of artists, numbering at least twenty and including such figures as Ai Weiwei and Wang Keping, were one of the first publically active art groups to protest government censorship following the end of the Cultural Revolution. Before founding the “Stars” group he had at the age of 16 been sent to Inner Mongolia to work as a farmer before returning to Beijing in 1975. The group held one of the first modern art shows in China in 1979 at the China Arts Gallery (now the National Museum of China) in Beijing, which on the third day was shut down by police. In 1984, a year after the group dissolved, Huang immigrated to Japan where he remained until 2000. He returned to China in 2002.

He writes that “in a flash, it has been thirty years since I befriended Mrs. King. In my eyes since the 1990s and into the 21st century, Mrs. King has been a paragon in the Chinese [art] world.” Alisan Fine Arts began representing Huang in 1990 while he was living in Japan, organising a solo exhibition of his abstract oil paintings and mixed media on canvas works in 1991. The gallery also included his artworks in two important group exhibitions Wonders of Chinese Abstraction in 1995, and Chinese Abstraction & Beyond in 1997 held at the Hong Kong Arts Centre. 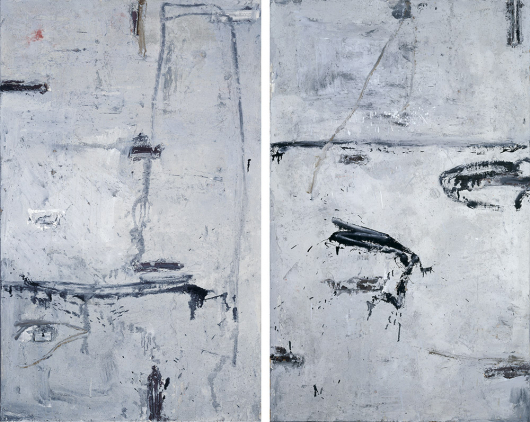