Pioneer of street photography in China, Han Lei began his artistic practice with documenting urban life in the 1980s, after he graduated from the Central Academy of Arts and Crafts, Beijing.

Han enjoys nothing more than to blur the boundaries between high and low culture. Stone (2016) is part of the artist’s series of 3D lenticular photographs, technology widely popular in China during the 1980s. He combines the scholar’s rock—a symbol of Chinese literati high culture—with a very pop culture format. Beyond this social play, Han’s works allow the viewer to observe what the artist has described as “transient instants”—static moments that vanish are otherwise extended. Here, he has playfully transformed the meditative experience of beholding a large taihu rock into a psychedelic and colourful one.

POP ROCK in 2021 is Alisan Fine Arts’ first time working with the artist. 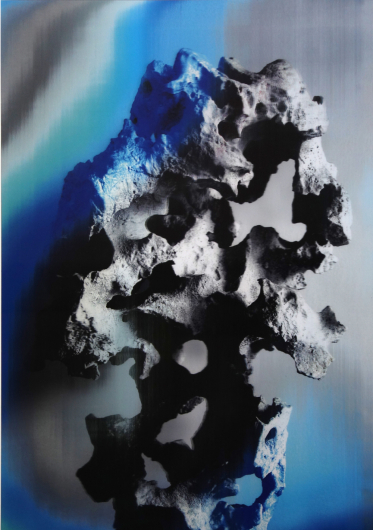