Yang Xiaojian, known as the "Oriental Ink Beast," is an artist who challenges both native tradition and western influence through his strong and visually compelling abstract, calligraphic ink paintings. From calligraphy to text, from calligraphy to painting, and from Chinese tradition to western experiences, Yang's oeuvre crosses cultural boundaries.

Yang was born in 1960 in Taiyuan, Shanxi Province, China. In the early '70s his primary studies were abruptly halted and he endured the hardship of farm labor. He was subsequently sent to special schools for singing, dancing and physical education before attending a traditional secondary school and serving a short stint in the Beijing Military Area Command artillery unit.

In the late '70s, Yang manifested a strong interest in illustrations, artistic calligraphy and masthead design, and frequently copied calligraphy and illustrations. Under the tutelage of Masters Yan Jun and Yuan Xulin he studied the ancient calligraphy style of the Han Dynasty called Han Li. In the mid '80s, under the guidance of Master Tian Shuchang, he began exploring the cursive calligraphic styles of Yan Lugong and Fu Shan. Yang proliferated this cursive style and in 1987 received an award for his pursuit of self-improvement through independent study by the Taiyuan Labour Union. In that same year, Yang created a plaque for Shan Nian Temple in Anshou Country, Japan and won an award of merit in the National Hard-tipped Calligraphy Competition.

Since his graduation in 1989 from the Correspondence University of Chinese Painting and Calligraphy, Yang has received several accolades, including the highest "gold" prize in the Tianya Cup International Calligraphy Contest and 3rd runner in the Kele Cup Calligraphy Contest” (Both 1990, China). His works are featured in several collections and publications, including the Collection of International and Modern Calligraphy and Seal Carving of the 20th Century and the Dictionary of Contemporary Painters and Calligraphists.

In 1999 Yang established the Yang Xiaojian’s Artistic School and built his first studio Daming Hall, followed by the establishment of Blacksight Studio in the Moganshan M50 Art Zone, Shanghai, China (2005). 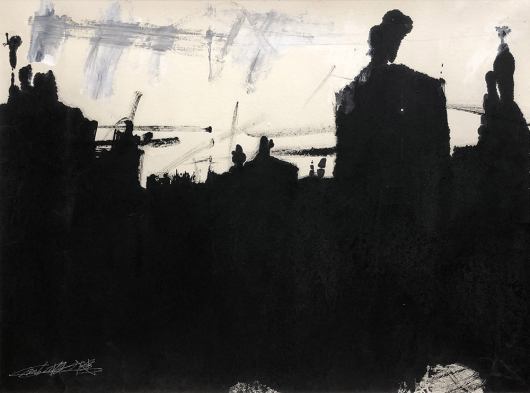 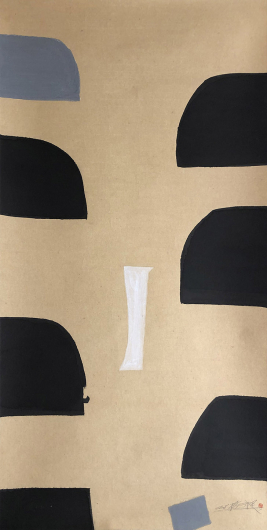 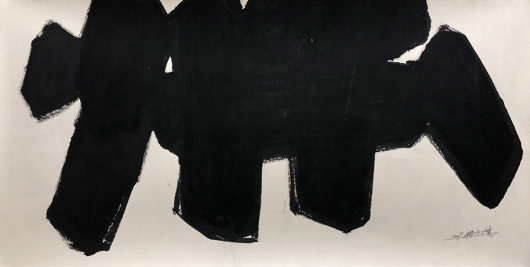 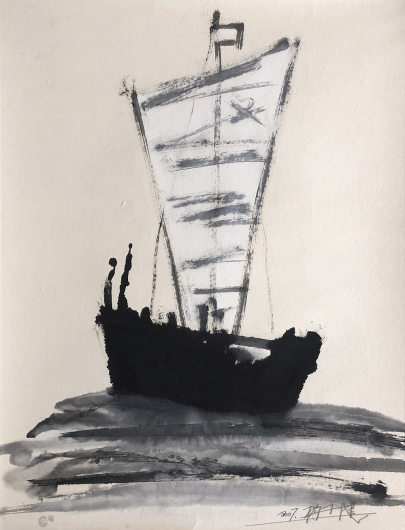 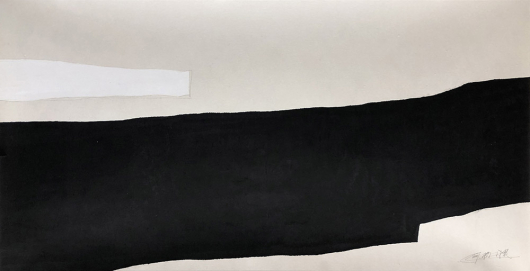 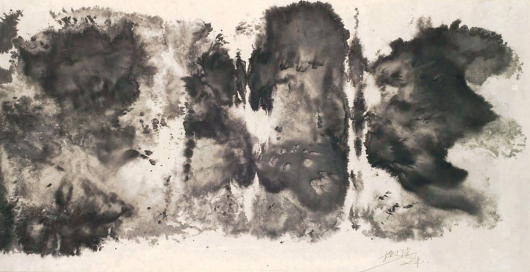