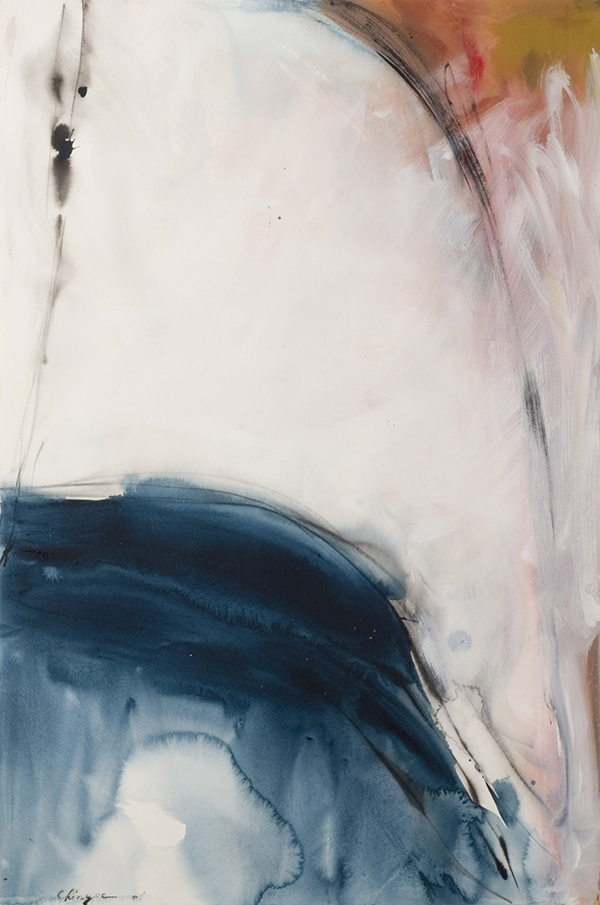 Catalogue
Introduction
Alisan Fine Arts co-presents the exhibition A Lyrical Journey, Chinyee's 50 Year Retrospective with Shanghai Art Museum. Chinyee is a Chinese New York-based female artist whose work has been esteemed by critics as "Lyrical Abstraction". The exhibition will be held at the prestigious Shanghai Art Museum, China from 28 November – 9 December, 2007, and then continues to Alisan Fine Arts in Hong Kong. This is the artist’s first solo exhibition to be held in China, and will showcase her most important and comprehensive works of Modern Abstract Art. The exhibition will feature a survey of oil paintings, watercolour and collage done between 1953 and 2007 in her New York studio. The official opening will commence on the 28th November, 2007. A symposium will follow on the same day and feature Jeffrey Wechsler, Senior Curator of Jane Voorhees Zimmerli Art Museum, Rutgers University, New Jersey, USA, Shanghai scholars and artists. Chinyee will also participate in this event. A major catalogue has been published for the retrospective exhibition.

Born in Nanjing, China in 1929, Chinyee began her formal education in Chongqing where she and her family were forced to seek refuge during the Sino-Japanese War. In 1947, she was awarded a four year scholarship to study Fine Arts at the College of Mount Saint Vincent in New York. She then went on to receive a Master's degree in Art Education from New York University in 1952. Chinyee associates herself with the New York School of Abstract Expressionism. Having been trained in traditional methods, including drawing, watercolour and oil, she first started painting in a realistic manner. It was during the 1950s that she began to experiment in semi-abstract art, then later, total abstraction. It was through her gradual adoption of abstract painting that Chinyee seems to have found the place where her passion lies.

The first solo exhibition held at Mi Chou Gallery, New York in 1965 heralded the beginning of a long career of frequent solo and group exhibitions. It included the 1997 renowned travelling exhibition "Asian Traditions Modern Expressions; Asian American Artists and Abstraction 1945-1970", curated by Jeffrey Wechsler, which toured for two years throughout the United States, Japan and Taiwan. In addition, her work has been honoured by UNICEF in its educational films, and by the U.S. Department of States "Art in Embassies Program".

Chinyee's work combines both Eastern spirit and Western expression. Her gestural and loose brushstrokes reflect both Asian brush techniques and years of careful study of modernist abstraction. The spontaneity of touch, the sense of excitement in the off-set compositions, and the unexpected bursts of colours are all genuine expressions of her mood, emotions and life experiences. Jeffrey Wechsler, Senior Curator of Jane Voorhees Zimmerli Art Museum has praised her work:

Picture by picture, Chinyee invites the viewer to re-experience the delight, the sense of surprise, and the onrush of feelings that affected her during the painting process. It is a particularly generous and affecting gift.
Photo courtesy of Shanghai Art Museum, Alisan Fine Art and the artist