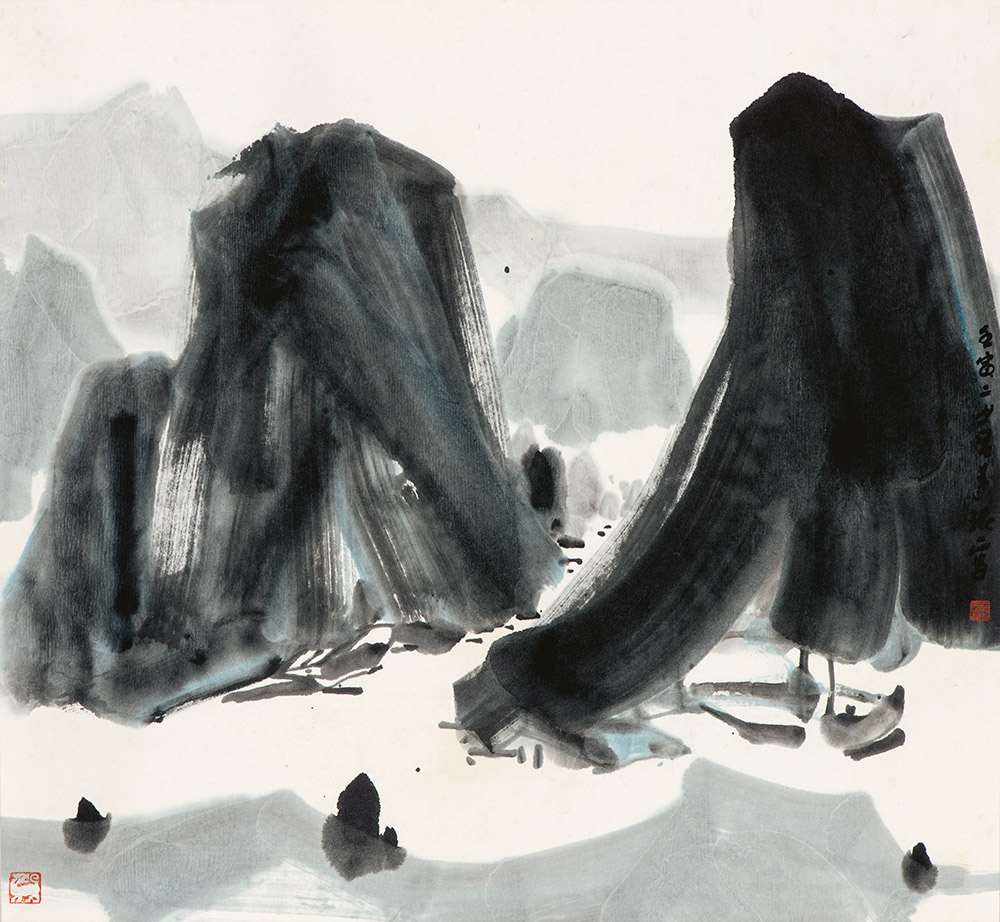 Intrinsically linked to the milieu of post-war Hong Kong art and culture, scholars have credited Lui Shou-kwan with the establishment of New Ink Painting Movement, “a movement that has had far-reaching influence on modern and contemporary ink art.” The late art historian Michael Sullivan wrote that “what makes Lui Shou-kwan so important can, I believe, be summed up in three factors… he developed a style quite independent of the dominant Lingnan School painters; his sheer creative energy and power to inspire others; and the fact that, more perhaps than any other artist of his time, he created an artistic identity for Hong Kong, and so contributed enormously to the birth of a rich cultural life that Hong Kong enjoys today.”

In particular it is our hope to examine the discursive and wide ranging influences Lui Shou-kwan’s legacy left behind. We will feature works by 12 of Lui’s hundreds of students, specifically the “group of students who became the cornerstone of the Hong Kong arts scene” and who were inspired by Lui Shou-kwan. Included are Eddie Cheung Shu-sang, Cheung Shu-sun, Irene Chou, Chui Tze-hung, Pat Hui, Kan Tai-keung, Koo Mei, Lee Ching-man, Leung Kui-ting, Poon Chun-wah, Laurence Tam and Wucius Wong. Another focus is how these artists “in turn passed on their knowledge and accomplishments to the next generation of students” from this new generation we have selected eight artists from CUHK, where Lui taught, the Hong Kong Arts Centre, and several new emerging artists. Included are, Cheuk Ka-wai, Cherie, Ho Kwun-ting, Hung Keung, Kassia Ko, Lau Hok-shing, CC Ling Pui-sze, Wang Xu, Stanley Wong (anothermountainman)

Additionally a photographic selection of ephemera, including letters, photographs and diaries from the Lui Shou-kwan archive will be on view for the first time.

About Lui Shou-kwan
Born in 1919 Guangzhou, Lui Shou-kwan only began painting after the end of World War II. Having witnessed first hand the destruction wrought by humans, Lui Shou-kwan found comfort and strength in art. His father, Lui Canming owned an antique shop, and it was here that Lui Shou-kwan became exposed to classical and modern Chinese artistic theory. Lui Shou-kwan wrote that he sought to re-invigorate the Chinese tradition of painting. Before moving to Hong Kong in 1948, Lui Shou-kwan began copying classical works by past masters, such as Bada Shanren (Ming Dynasty 1626-1705), Shitao (1642-1707 Qing Dynasty) and Huang Binrong (1865-1955, who he studied under for a short period.) Once in Hong Kong he worked for the Hong Kong and Yaumatei Ferry Company as an inspector, all the while still continuing to paint.

In 1954, he held his first solo exhibition in Hong Kong, followed by numerous exhibitions in the United States and United Kingdom. In 1962, Lui was invited to be an Honorary Adviser of the newly opened City Hall Museum and Art Gallery (later to be renamed the Hong Kong Museum of Art), in 1966 he was approached to become the teacher of Chinese ink painting at the Department of Architecture of the University of Hong Kong and at the recently formed Department of Extra Mural Studies at the Chinese University of Hong Kong. He emphasized the originality and individuality of an artist by advocating the concepts of spirituality and inspiration of traditional Chinese paintings. He has inspired innumerable ink artists such as Wucius Wong, Irene Chou and Leung Kui-ting. Largely because of his contributions, Hong Kong became the birthplace of a new style of modern Chinese ink painting.
In part we recognize Lui Shou-kwan because of his grand accomplishments and for laying the foundation for the New Ink movement in Hong Kong, on the other hand, his art speaks clearly for itself.