Born in 1935 in Shanghai, Hsiao Chin is part of the second generation of Chinese diaspora painters. He moved to Taiwan in 1949, and in 1955 graduated from the Fine Arts Department of the National Taiwan Normal University, having studied drawing under Chu Teh-Chun. In 1956, Hsiao co-founded the Ton-Fan art movement, which in contrast to the Fifth Moon Group, sought to situate itself as part of other international modern art movements. He went on to organise over thirty overseas exhibitions for the Ton-Fan group, bringing a new era of Taiwan art to the world stage. He later founded the Punto movement. In 1956, the Spanish Government awarded Hsiao an art scholarship to be completed in Barcelona. In 1959, he settled in Milan and continued to live in Italy for over forty years while travelling to Paris, London, New York and Asia. In 1996, he returned to Taipei as a Professor of Painting at the Tainan National University of the Arts. In 2005, he retired and was awarded the title of Knight and “Star of Solidarity” by the Italian president.

Alisan Fine Arts has included Hsiao in several important group shows and organised two solo exhibitions for the artist in 1987 and 1993. Hsiao has held numerous solo shows and has been included in group exhibitions throughout Europe, the United States, Hong Kong, and Taiwan. He has also personally organised several travelling exhibitions of Chinese art in Europe, and of European contemporary art in Taiwan. Several retrospective exhibitions have been held in honour of the artist, including at Studio Marconi, Milan in 1988, the National Taiwan Museum of Fines Arts in 1992, Shanghai Art Museum and Guangdong Art Museum in 2004, National Art Museum of China, Beijing in 2006, and the Kaohsiung Museum of Fine Arts in 2010. In 2000 he exhibited at the 7th Venice Biennale of Architecture. His works have been collected by the Metropolitan Museum of Art, New York; Museum of Modern Art, New York; Galleria Nazionale d'Arte Moderna, Rome; Museo de Arte Moderno, Barcelona; Staatsgalerie Stuttgart, Germany; Musée Cantonal des Beaux-Arts, Lausanne; Taipei National Fine Arts Museum; National Museum of History, Taipei; National Taiwan Museum of Fine Arts; National Art Museum of China, Beijing; Shanghai Art Museum.

BIOGRAPHY
1935     Born in Shanghai, China. Son of Hsiao Yo-Mei, composer, conductor, and founder of the National Conservatory in Shanghai
1949     Moved to Taiwan with his family
1951     Entered the National Taiwan Normal University and studied at the Faculty of Fine Arts until 1955
1951-55     Studied painting and drawing in Taipei with Li Chun-Sen
1956     Received a scholarship from the Spanish government and went to Barcelona, Spain
Met the Spanish “Informalism” group including artists such as Tapies, Saura, Cuixart, Millares, and Feito
Proceeded to travel and work in Spain, France, England, and Italy
1957     Founding member of the first Chinese Abstract Art Movement, the “ Ton Fan Group”, Taipei, Taiwan
1959     Moved to Milan, Italy, and there became acquainted with Fontana, Manzoni, and Castellani
1961     Founding member of the International Punto Movement, Milan, Italy
1964-72     Worked and lived in Paris, London, New York and Milan
1969     Taught painting and design at Southampton College, Long Island, New York City, USA
1974     Be granted Italian citizenship
1978     Founding member of the International Art Movement “Surya”, Milan, Italy
1983     Taught artistic anatomy at the Academy of Fine Arts, Urbino, Italy
1985     Taught technique at the Brera Academy, Milan, Italy
1986     Invited to the Commemoration Ceremony of the 120th Anniversary of the birth of Sun Yat-Sen
1988     Studio Marconi in Milan organized a large retrospective exhibition of Hsiao Chin’s work from 1958 to 1988
1990     The University of Macerata honoured him with a show of his Tienanmen series, created during his stay in Mainland China in 1989
1992     The Taiwan Museum of Art honoured him with a retrospective show of his works from the years 1955 to 1992
2005     Award Knight title “Star of Solidarity” by Italian President
Retired from Tainan National University of the Arts, and awarded as “Emeritus Professor”
2016     Works included in gallery monograph Alisan Fine Arts 35 Years, Alisan Fine Arts, Hong Kong 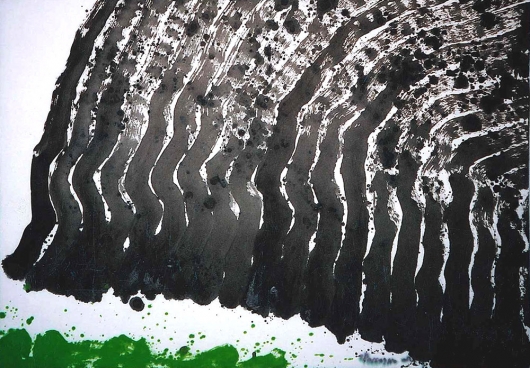 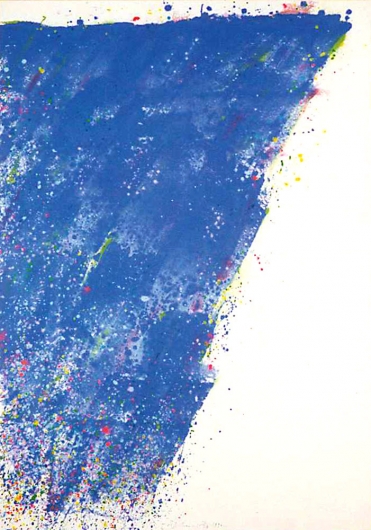