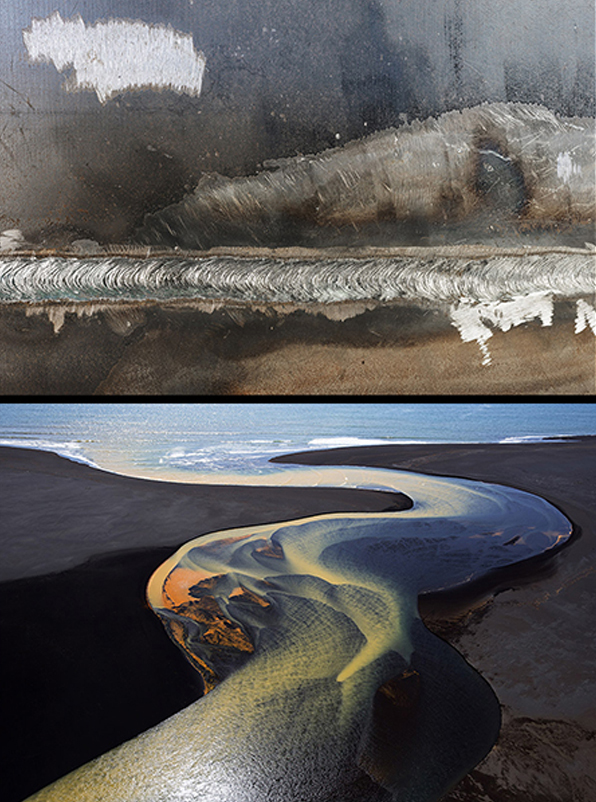 King Stephen
Introduction
Alisan Fine Arts is pleased to present the gallery’s first photography exhibition “Un/natural”, a joint show featuring works by Ming Thein and Stephen King. This curated selection of works examines the tension and similarity between natural and unnatural elements. In seeking to demarcate the line between nature and what we create from nature, the photographers’ works blur these distinctions and signs.

As the Swiss linguist and semiotician Ferdinand de Saussure demonstrated, the signifier or form the sign (or image) takes influences what the signified or concept is, and this relationship reciprocal. Thus, though the subjects of King’s photographs are found in nature, they appear seemingly too regular or uniform to be considered natural, suggesting that what is natural isn’t always represented within our system of language and imagining. Only once we go looking for signs, organic clues, within the photographs do we then realise that perhaps this is nature, because humans lack the necessary capabilities to produce such works. Ming Thein’s work is then a complete contrast to King’s, his photographs of man-made subjects are irregular enough to be plausibly organic, but as with King, a number of visual cues (such as text or machined edges) imply that what you are looking at cannot possibly be natural. We see “nature” as a sign or image represented by a multitude of objects and symbols, a tree for example, yet these simplistic conceptualizations are invalidated by these photographs.

Both sets of images have simultaneous elements of harmony and dissonance: in King’s case, it's the asymmetry that contrasts the calming tones. In Ming Thein’s images, it's the intensity of colour that both creates and dominates the overall structure of the image. There is a very strong element of abstraction to both - this is deliberate, to almost completely eliminate any sense of scale. It is a reflection of the fractal nature of both natural and man-made worlds. In fact, the cognitive boundary is blurred enough that is almost possible for the subjects to be from the same origin.